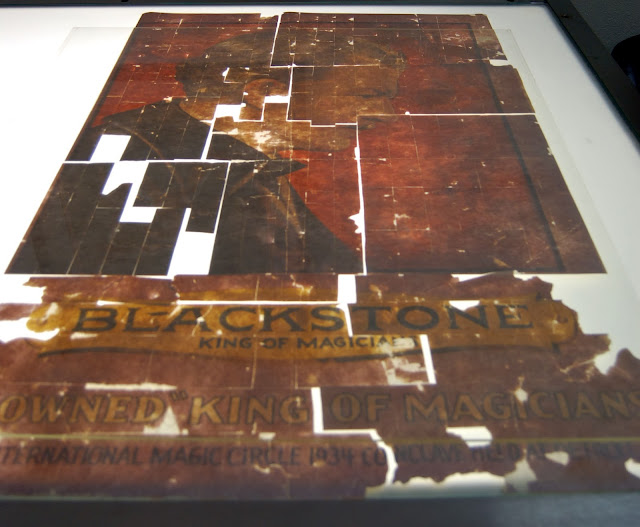 This is the second installment of the Blackstone magician's poster project. You can get up to speed by reading the first installment here.

We left off at John's rehearsal--the gelatin facing of two sections of scrap poster, similar to the Blackstone. He did this in order to experiment without ruining the actual poster. The two practice sections are gelatin mounted face-down to a board.

The next step will be to attach a thin tissue backing to the scraps using PVA. Normally we wouldn't use PVA because it's irreversible, but this poster is an extreme situation; absolutely on its last leg and this will be the last time it is demounted and restored.

*November's coupon code is "mountainous paperscape." It really is. That's what you have to say. 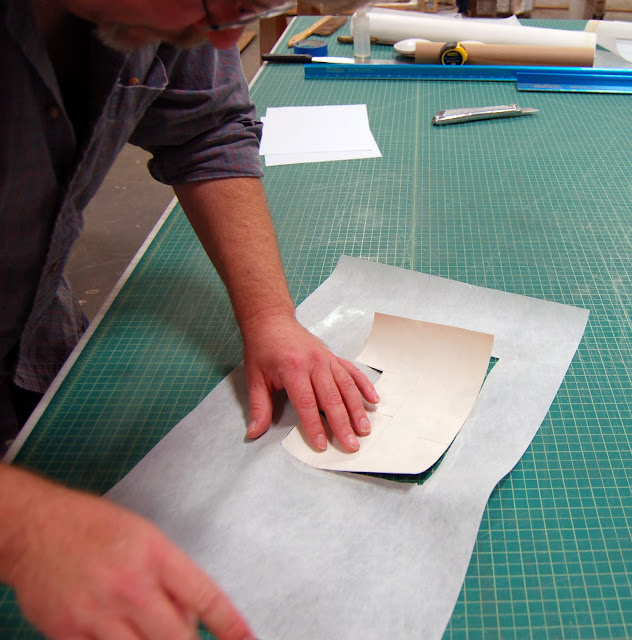 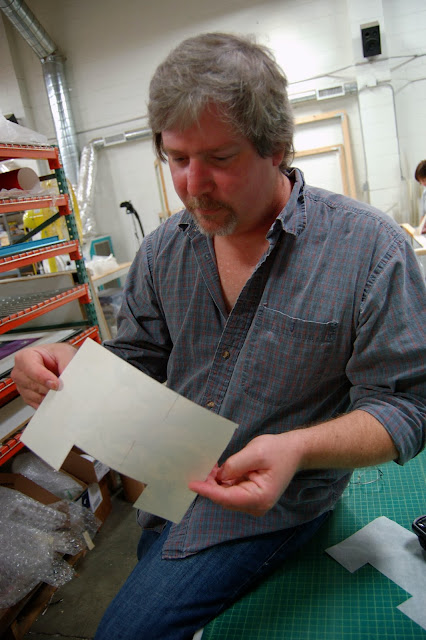 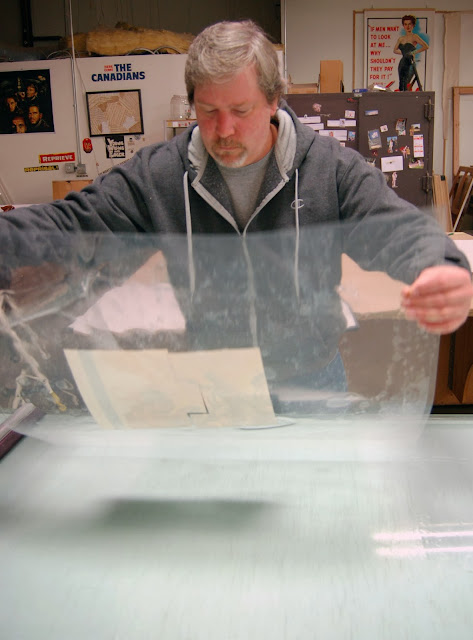 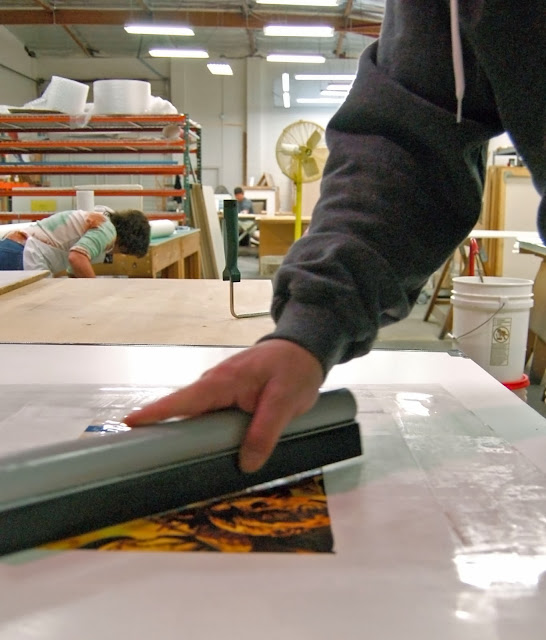 Here's where things start to get repetitive. John now has to do a whole lot of work that we talked about in the last blog post. I've condensed the photos and the explanations so we don't have to sit through it all over again. 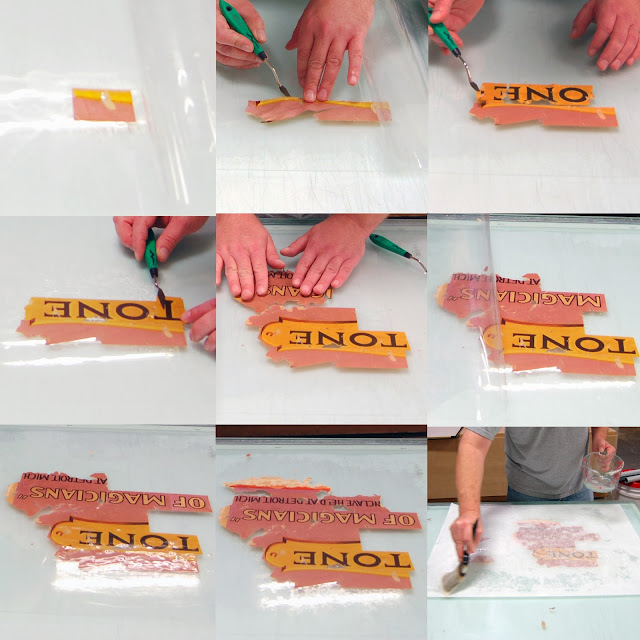 The tissue-backed sections are then left to dry and removed from the board. Before the hollytex is peeled off, John lays the sections out on the light table to make sure they'll fit together. 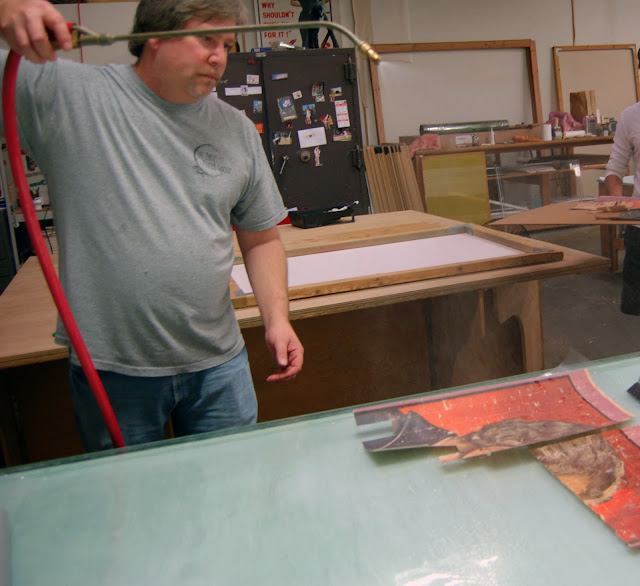 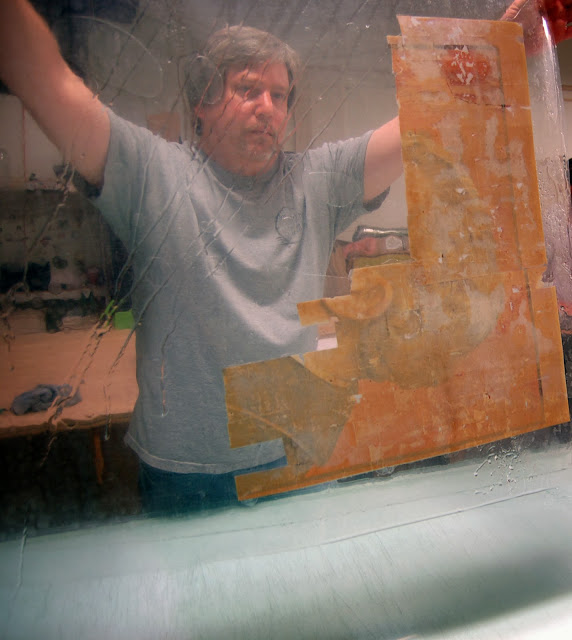 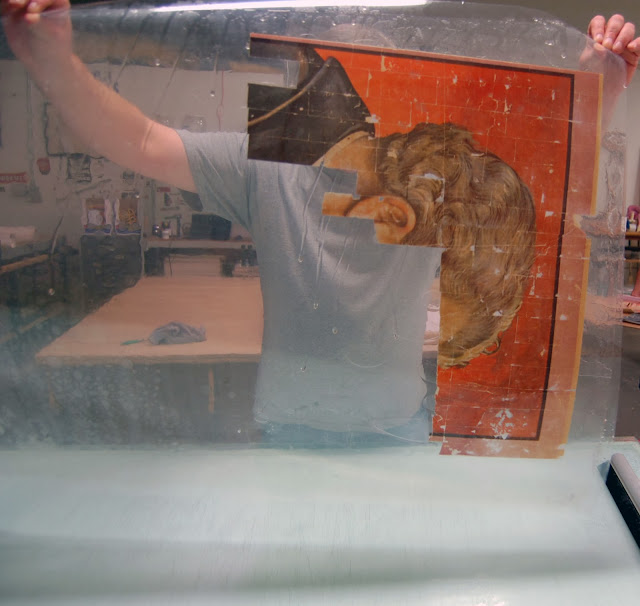 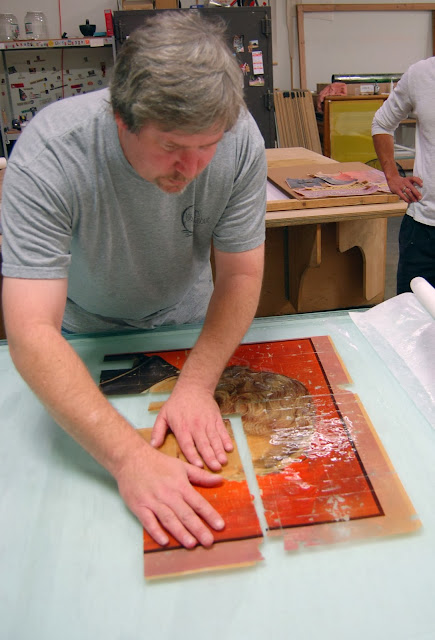 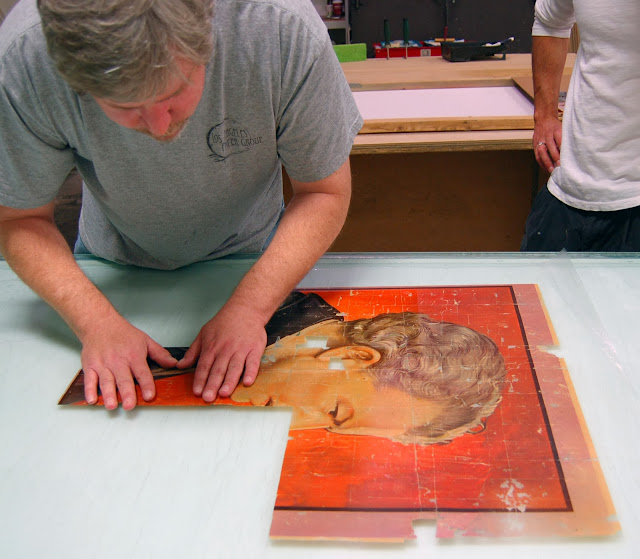 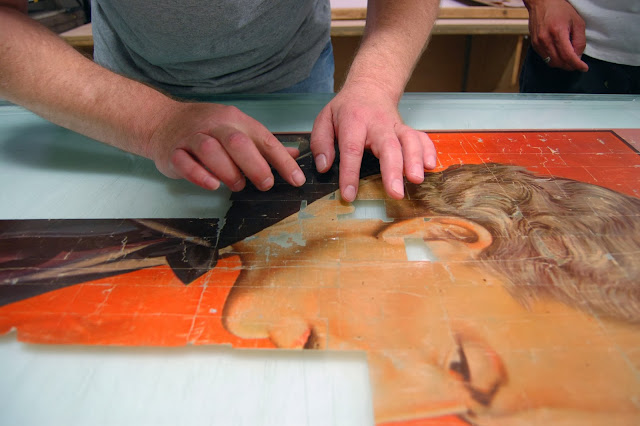 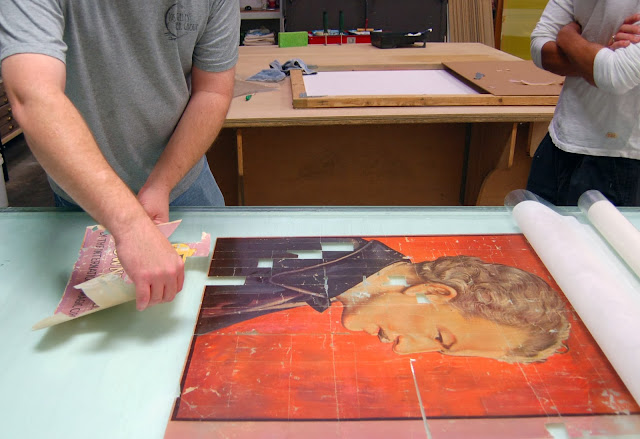 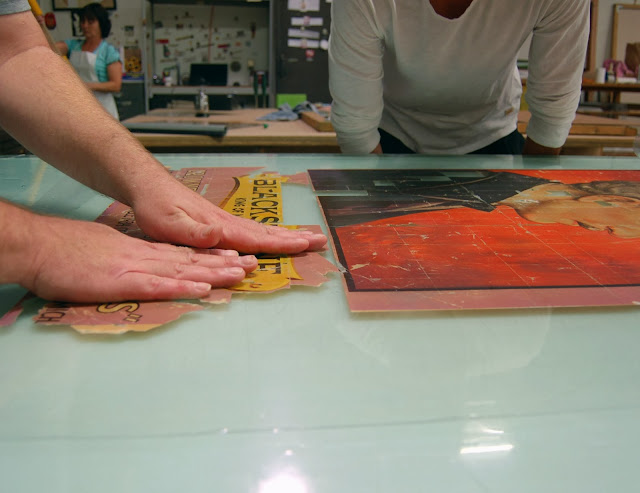 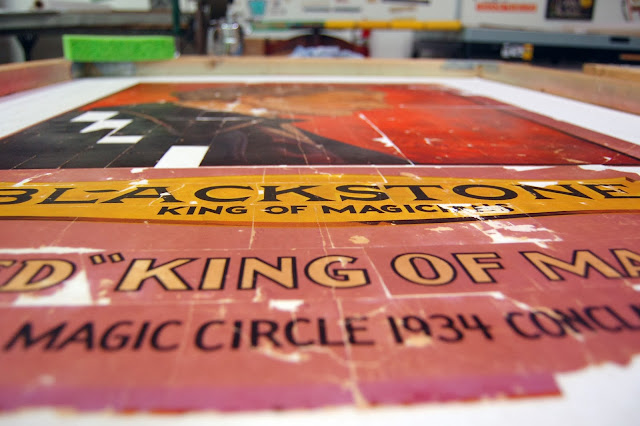 The next step is prep, which will involve filling all the holes and gaps with paper and filling compound in order to make an even surface for restoration. While this process will be labor intensive, it should be relatively straightforward because the design is very simple, with large areas of color rather than tiny busy details. All this will be covered in the third and final chapter of the Saga of Blackstone.